Bartra Capital have reviewed An Bord Pleanala’s decision to refuse their co-living development at Cookstown. The Bord said that the co-living design would “fail to provide an acceptable living environment,” and a “notable shortfall in the provision of sufficient communal facilities”.

Batra applied to build 222 co-living units and 150 apartments at Cookstown Industrial Estate. It was the first application for a co-living development to be reviewed by the Bord.

Commenting on the decision Bartra CEO Mike Flannery said Bartra welcome the Bord’s instructive guidance on what constitutes an acceptable level of common living/kitchen areas. This is the first definitive interpretation of the 2018 Departmental Guidelines.

The Bord commented that the current scheme would seriously injure the residential amenities of future residence and accordingly would be contrary to the proper planning and sustainable development of the area.

Bartra has another Co-Living application currently before An Bord Pleanala in Dun Laoghaire and is hopeful that the Bord will use their useful clarification of the requisite amounts of kitchen/living space to be provided in its decision on this application. A spokesperson from Barta commented “These clarifications can be easily incorporated into the current design with minimal effect on the proposed elevations.”

Proposals for co-living particularly as submitted in respect of kitchen/living areas were based on extensive market research of future residents’ preferences commissioned with behaviour and attitudes. Bartra remains very positive about the benefits of co-living, particularly the positive contribution such accommodation provides in terms of social interaction, positive mental health and smaller environmental footprint.

Bartra look forward to bringing this internationally successful form of accommodation to Ireland and making a positive contribution to the accommodation crisis in Ireland.

Shared living has become a trending topic globally with Ikea-backed Space10 launching Urban Village Project 2030. They spent the past two years exploring the concept, and together with Effekt Architects, the cohort is launching the which is set to bring thousands of affordable homes to international cities with overpopulation.

Barta Capital required verified view montages and architectural CGIs for both planning and marketing purposes. Their Eblana co-living development is currently lodged for planning and a decision will be made by the bord soon. We’d love to hear about your project.

The co-living model provides en-suite bedrooms with shared, communal living areas and is similar to student accommodation but aimed at young, working professionals.

Developer Victoria Homes has submitted planning permission for 1500 homes in Dublin 18, which could be the country’s largest residential developments since before the economic crash. 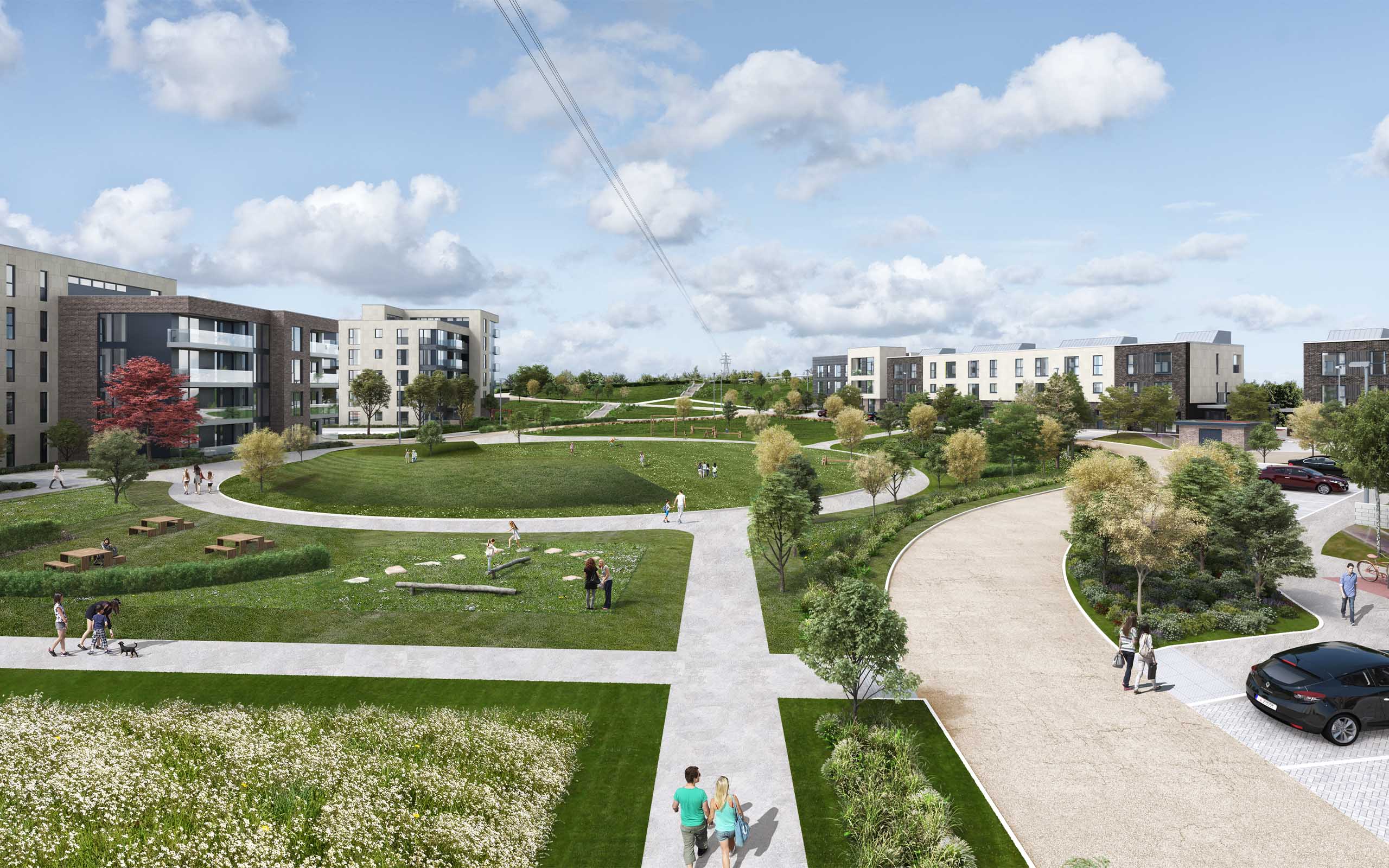 Ikea-backed Space10 has spent the past two years exploring the concept of shared living, and together with Effekt Architects, the cohort is launching the Urban Village Project.