Saint Pancras comprises of 37 three- and four-bed terraced and detached three-storey homes and 30 apartments set around a communal green landscape.

The development is a first for Archtree Developments, a new developer formed by Shane Barrett, Paul Whitaker and Tom Gilligan.

Designed by Reddy Architecture and visualised by 3D Design Bureau, the exteriors of each house feature a brick-and-render facade, with projected gables to the roof and reconstituted stone surrounds to the windows and doors, stringcourses, and UPVC facia, soffits and downpipes.

Inside, 9ft-high ceilings to the ground floor give each home a light and airy feel, as do the large bay windows. Each staircase comes with painted softwood balustrades, varnished polished oak handrails and newel posts, and there are solid core regency-style doors throughout.

The kitchen/diner has French doors that open onto the patio and a fitted kitchen from Gallagher Kitchens. The latter space has quartz countertops and upstands, as well as solid painted shaker-style doors with washed-oak carcasses and soft-close hinges and drawers. Integrated appliances are included in the price if contracts are signed within 21 days.

The bathrooms and ensuites are laid with Porcelanosa tiles and fitted with Villeroy & Boch sanitaryware. All the house types have a separate study and plenty of storage, including a large attic that can be accessed via a pull-down ladder.

The A3-rated properties are equipped with an energy-efficient condensing gas boiler.

Located in Dublin 6’s village of Terenure, Saint Pancras is 3.5km from Dublin City Centre and accessed by buses and the Luas system. The M50 motorway is approximately 8km from Saint Pancras, opening up Ireland’s networking of national roads.

Amenities include southside schools such as Alexandra College, St Mary’s College and Terenure College. Several parks, such as Bushy Park, are also within a close proximity.

The gateway that forms the entrance to the new scheme from the south-eastern end of Mount Tallant Avenue – near the junction with Harold’s Cross Road – once belonged to a grand 19th-century villa called St Pancras House, which was also known as Mount Tallant Cottage.

A second entrance from the avenue led to a larger neighbouring villa, Mount Tallant House, that had Mount Tallant Avenue as its private driveway. But by the early 20th century, the avenue had become a public street that attracted industrial development. By 1926, the vast grounds of St Pancras House became home to the Clarnico-Murray sweets company, best known for making Clarnico Mint Cream, and the site was renamed St Pancras Works.

St Pancras House was likely demolished after 1968, according to a Dublin County assessment, and the gates and piers are all that remain of the villa. But the protected gateway is now enjoying another incarnation, this time as the entrance to a new Saint Pancras, a development of houses and apartments with design echoes of Mount Tallant Avenue’s period red-brick streetscape.

Developers, the O’Flynn Group are set to begin selling phase 1 of their Cabinteely housing development located in Loughlinstown, Dublin 18. The scheme, known as ‘Beechpark’, will feature 166 units […] 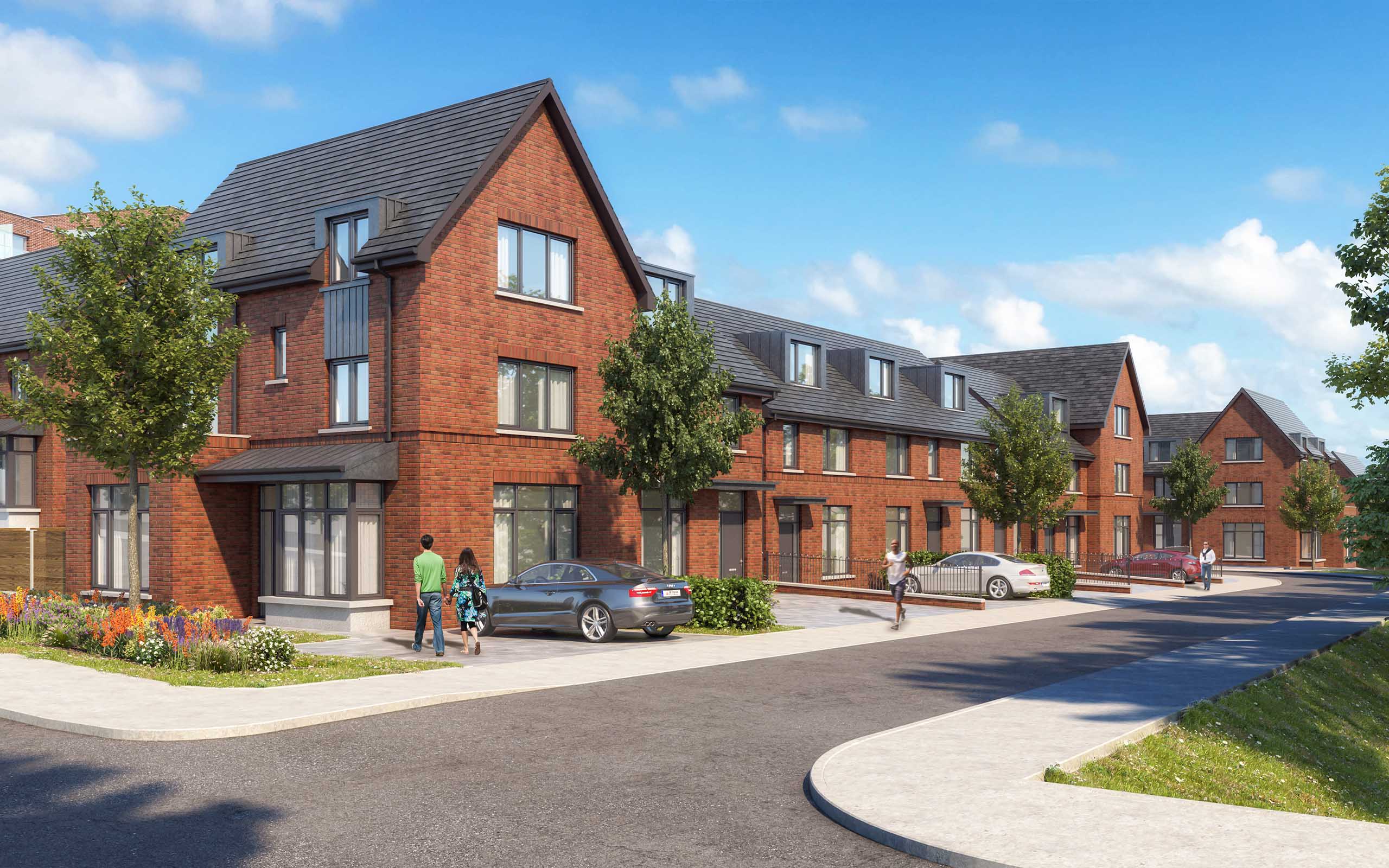 88 Coolock Homes Gets Go Ahead

Bloom Capital Limited have received the green light from Dublin City Council to build a €26m apartment development in Coolock, Dublin 5.
The scheme will feature 88 units spanning over 5 floors located on the site of former Chanel College Lands on Coolock’s Main Street.

To the northern end of the site, at the entrance from Avoca Road, there are three single-storey gate lodges. They are ‘L’ shaped in plan, focusing around private courtyards and gardens facing south west 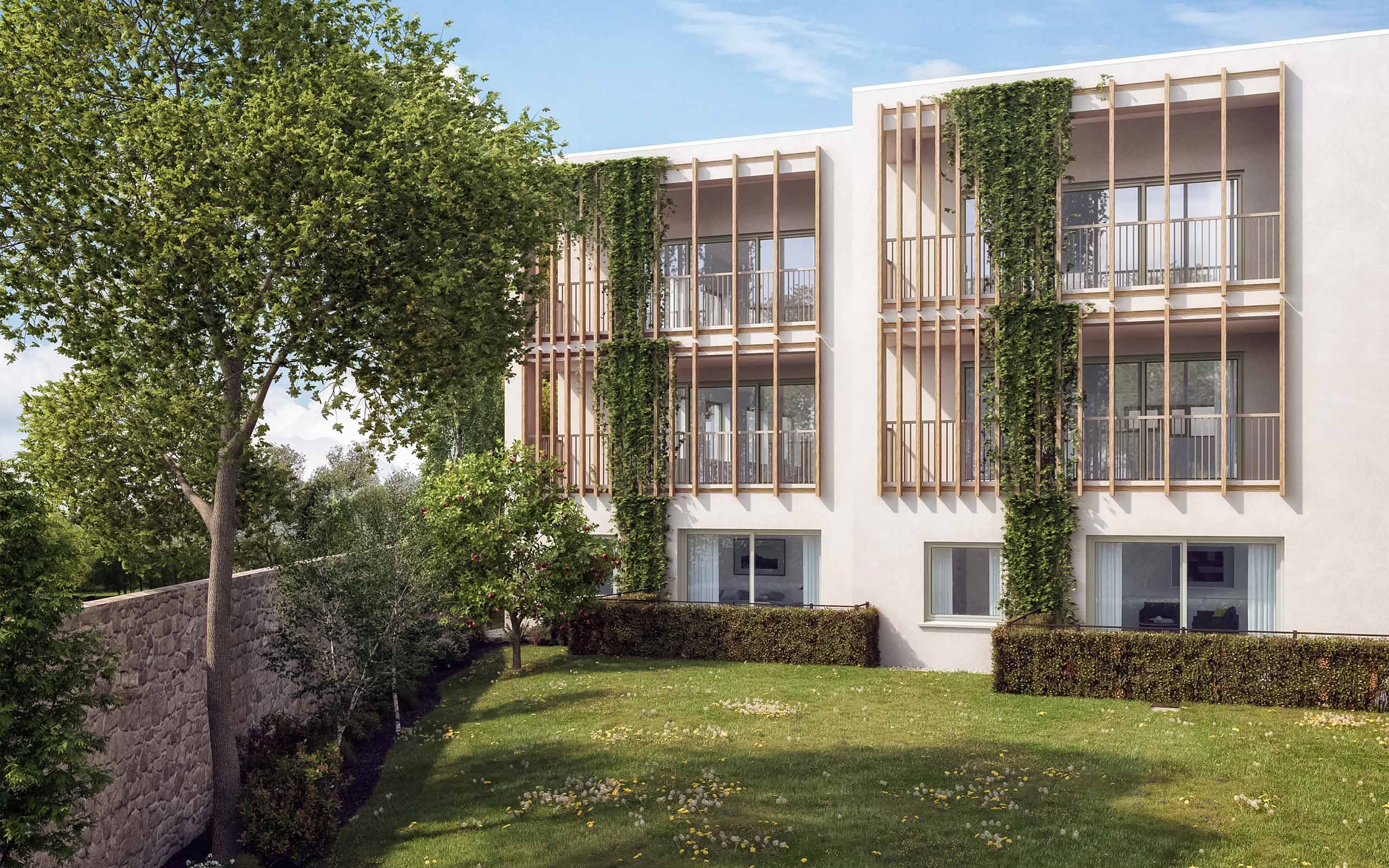