BIM slashes time and labour for US subcontractor

BIM application: Last September, Kansas mechanical contracting firm Kruse Corp. was contracted to install a hydronic piping system in the basement of a high-profile urban renewal project in Wichita. The job, part of the retrofit of the 1914 Union Station train depot into a commercial space, had to be completed by April leaving a tight window to complete the project.

In order to meet the schedule set by Wichita-based design-build firm Hutton, Kruse and pipe joint manufacturer Victaulic turned to BIM-based technology that would allow team members to visualise where pipes should be placed before any work was done. Noah Morford, project lead for Victaulic, had worked on several previous Kruse jobs but knew the time frame and the age of the building could present new challenges.

“It was a really iconic project because it was a 100-year-old building, and it had a tight window in terms of the schedule,” Morford said. “So, it took a lot of thinking outside the box about how this job was going to come to fruition.”

The first step to the virtual design and construction (VDC) process was to capture images of the space where the piping system would be installed. Victaulic Piping Coordinator Justin Conley, in Wichita for another project last fall, spent four hours one night in the 55,000-square-foot Union Station basement, where he took 40 images with a Faro Focus S laser scanner.

He imported the scans into Autodesk and used software including Navisworks and the Victaulic Tools for Revit add-in to help project members determine where to run the pipes. Victaulic’s Design and Construction team drew all piping sized 2.5 inches and larger and submitted the drawings to Kruse. Once everything was approved, the team began drawing equipment and piping schematics and shared a virtual model with the Kruse design team.

Using Navisworks to identify clash detection, designers from both companies began piecing the system together, noting for example, that previous electrical components posed impediments that would require piping to be routed around them. Detecting conflicts during the design process allowed the teams to coordinate workarounds that would permit construction to proceed without interruption once work began onsite, streamlining the design and avoiding costly and time-consuming rework down the road, said Kent Kruse, president of Kruse Corp.

“Scanning shows you the actual conditions, not what you draw,” he said. “The BIM team would look for any conflicts and they would reroute the pipe. They went all the way through the project to make sure there were no collisions.”

Using Trimble layout software, the teams were able to see where components were being placed in relation to one another. The Victaulic model was imported to the Kruse model to ensure system design was coordinated throughout the project. This allowed the Kruse designer to lay out duct-work and hangers based on the piping design developed by Victaulic.

By determining hanger placement ahead of time, the team was able to install them while pipes were being fabricated, making the process smooth and error-free, Kruse said. For most conventional piping installations, hangers aren’t installed until the pipes are on the site.

“While workers were pre-sectioning all the pieces and putting them together, we could tell our team in the field where the hangers needed to be,” Kruse said. “Once the pipes were ready, we just took them right off the truck and installed them.”

The VDC approach helped to avoid a potentially expensive problem, Kruse said. When project members put models of the air handlers and boilers into the BIM layout, they discovered there wasn’t enough overhead space for them to fit in the 6-foot-tall basement mechanical room.

Because the issue was identified early in the process, the building’s owner agreed to excavate parts of the basement in order to make room for the equipment, Kruse said. In total, 47 semi-truck loads of earth were removed.

Solutions like this are a big reason why virtualisation is so helpful, he added.

“If you can identify those hurdles before time and money is spent it’s a huge thing,” Kruse said. “We got everything handled before any of the items were delivered.”

Thanks in part to the tech-focused approach, the companies delivered the piping system on time and under budget with no leaks and zero call-backs, Kruse said. The first phase — a call centre — is up and running with a winery/restaurant planned to open soon.

Kruse and Morford estimate that the use of the scanning system saved more than 30% on labour costs and slashed 50% from the schedule compared to traditional installation.

“If we went about it the conventional way there would have been a lot of measuring and back and forth,” Kruse said. “The guys we work with are good, but when pushed so fast and with so many layers to the job, there’s always the possibility of human error.”

Instead, the technology allowed the team to go “full steam ahead with a very high level of confidence that everything was going to work and allowed us to install the hangers while we were still building the piping system in the shop.”

While the costs are not inconsequential — the Trimble machine alone cost more than $50,000, Kruse said — construction technology provides a competitive advantage that is hard to put a price on. Although he would not disclose the full cost of the system, Kruse said that the most time-intensive and most important expense has been in training personnel to use the technology to its full advantage.

“Once you make the commitment,” he said, “it’s not about cost, because it’s an investment.”

BIM visualisation can work for new construction as well, Kruse noted. “You just wouldn’t need to capture the structure in scans beforehand,” he said. In fact, Kruse Corp. and Victaulic are looking forward to utilising this type of technology on their latest joint project, a $105 million high school in Junction City, Kansas. At 374,000 square feet, the school will be the largest in the state when it’s complete in 2021.

With the digital transformation era truly upon us, BIM is rapidly gathering pace across the industry. We are perfectly positioned to collaborate and contribute on BIM projects in the area of 3D, 4D, 6D and BIM coordination, enabling the successful delivery of EIRs and BIM execution plans.

Cairn is expected to deliver the first of the Citywest Quarter apartment blocks in the fourth quarter of 2020, with final delivery expected by the end of the third quarter in 2021. 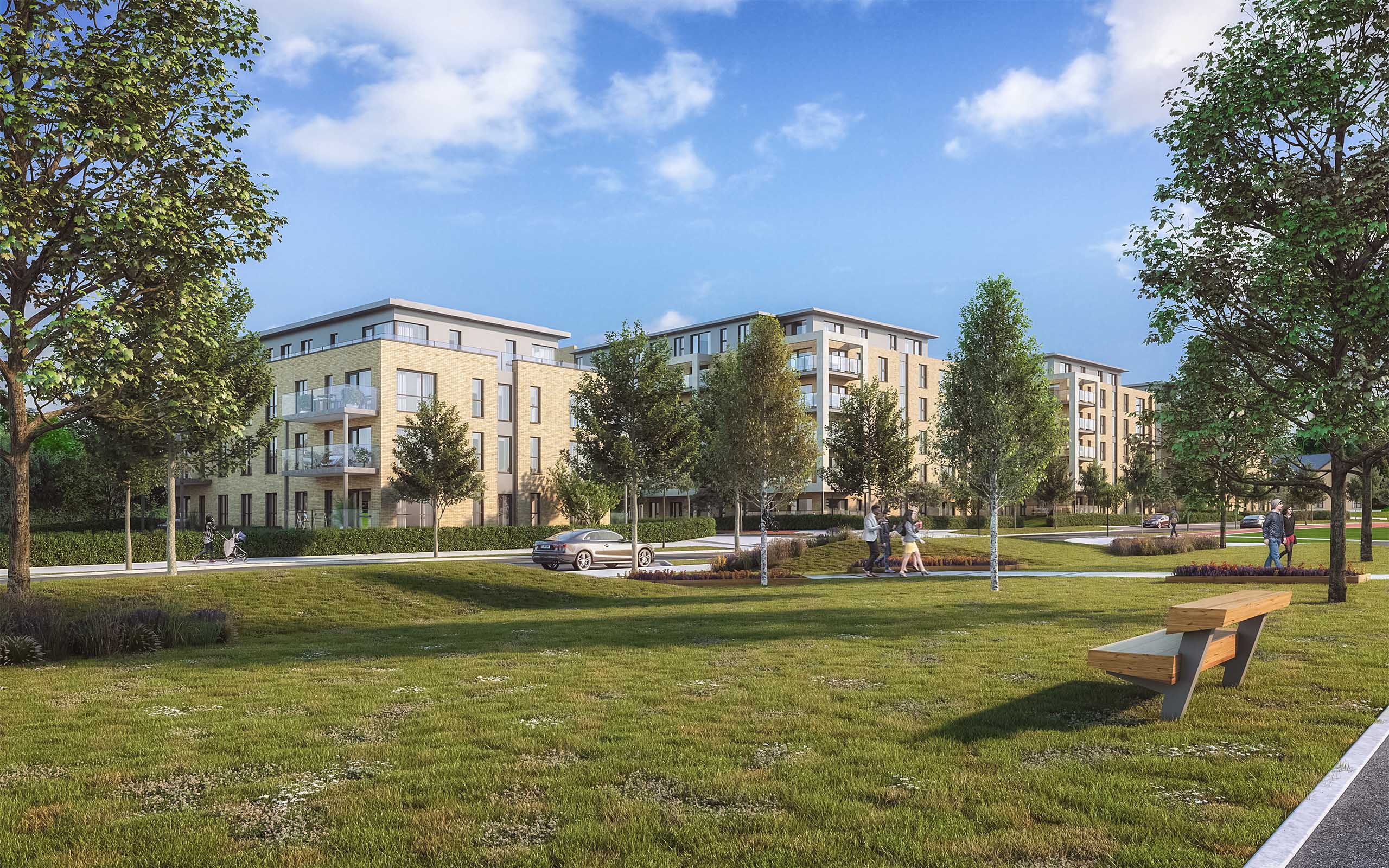 Ikea-backed Space10 has spent the past two years exploring the concept of shared living, and together with Effekt Architects, the cohort is launching the Urban Village Project.

The Irish Arts Centre in New York is on track to move into its new home as early as 2020 as the final structural beam was added to the site.