Clongriffin is a large mixed use residential district located in North County Dublin.

In recent years, the area has undergone massive transition, with Clongriffin town being the master plan vision of Gannon Homes, who have invested significantly in transport infrastructure, community and recreational amenities.

Development at the Clongriffin site stalled for many years during the recession but now things are starting to pick up once again, focus has been placed on this district in order to bring the original vision of Gannon Homes to its ultimate reality.

Clongriffin is a large mixed use residential district incorporating a new town centre at the east end of the North Fringe, bounded by the Dublin-Belfast railway in the east, and where a new railway station is under construction.

Pedestrian desire lines through the site generated the route layout and open space network. The major pedestrian route runs diagonally from Fr. Collins Park to the town centre. The major vehicular routes run east-west to the town square, to the north and south of the Park. Local parks of varying size and function give character and identity to the residential districts that are formed by these movement spines.

The format for the town centre rejects the single use shopping concept. It locates these units at street level within the urban blocks, with residential or other commercial uses overhead. These town centre uses are clustered around the Town Square and Main Street. The Town Square has been designed as the focus for Clongriffin and is essentially a hard-public place with a large raised grass table, space for a local market and broad pavements surrounding it so that the street level uses of the buildings can spill out into the space.

Architect: Conroy Crowe Kelly was established in 1986. It is a Dublin based practice with considerable experience in health, residential, large scale mixed use development and urban based projects. The work of Conroy Crowe Kelly has featured in several RIAI Housing Exhibitions as well as in the ‘The New Housing’ book published by the RIAI in 2000.

Property Developer: Gannon Homes was founded in 1984. Gannon Homes is involved in building, managing and letting residential developments. Many of these are multi-purpose developments incorporating retail and commercial elements to maximise space, tax efficiency and functionality of the project. To date Gannon Homes has built upwards of 10,000 homes in the Dublin area.

CGI consultants: 3D Design Bureau are specialists in Architectural Visualisation, BIM and VR – Delivering Quality Design Planning and Marketing Solutions. For this project, Team 3DDB created a series of verified view montages. All images were used for planning purposes. They are based in Dublin 4, Ireland.

The student quarters will have a gym and cinema. It will be located at the Brewery Block site bounded by St Luke’s Avenue, BrabazonPlace/Row and Ardee Street at Dublin’s Liberties. 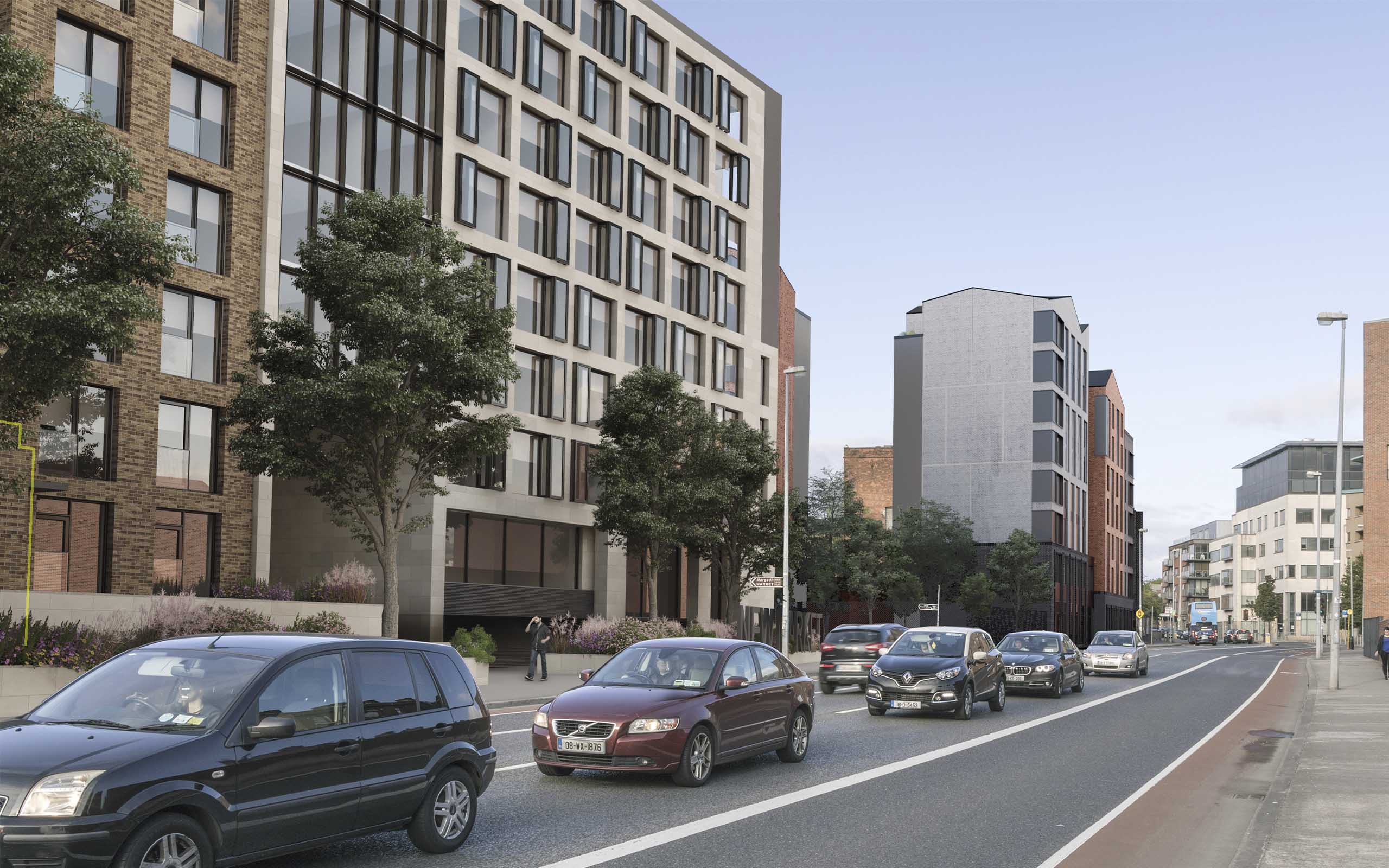 The Scotch House site, located on the Liffey Quays is within walking distance of Grafton Street, O’Connell bridge and all of Dublin City centre’s transport links.

South Dublin County Council had issued six reasons for refusal on JMC’s planning application. This decision was overturned by An Bord Pleanála after a first party appeal made by the applicant and consultants, Thornton O’Connor Town Planning.