The implementation of new rules on building heights introduced by the Minister for Housing Eoghan Murphy last year will help the city cope with the 280,000 additional people forecast to move to Dublin by 2031.

Since the implementation, developer Johnny Ronan is looking again to add floors to an office development at Spencer Dock that is due to be occupied by Salesforce, having previously been turned down by Dublin City Council due to height restrictions.

After Dublin City Council refused permission for two extra floors to the building, which is already under construction in the North Lotts and Grand Canal Strategic Development Zone (SDZ) at Spencer Dock, Mr Ronan took his fight to the High Court

The future of Dublin Docklands

The concept is a novel approach to high rise development without reliance on apartment living which proposes waterfront vertical suburbs in Dublin’s Docklands and a new city link to Dollymount Strand. They proposed a sublime 112 floor, skyscraper as part of the Evolo International Skyscraper Concept Competition.

The Habistrata proposes a model for living in Dublin which looks towards the 22nd century. A vertical framework infrastructure is provided by the state, conceived of as a long-term building project, which is ever changing and ever developing. The expansion of these vertical suburbs along the north docks of Dublin will create a south facing network of waterfront living, cultural activities and recreation. Key to this master plan concept is a new bridge link connecting the city to the 5km long Dollymount Strand.

The state, as developer, can choose to sell plots to the private market (freehold or leasehold), provide social housing or generate income from the private rental sector depending on market and societal demand. This combined revenue in conjunction with traditional municipal taxes serve to part fund the infrastructure.

Within this vertical framework, plots are provided of a fixed dimension and height – like a standard 3 bed suburban semi-detached plot. Depending on need, multiple plots can be purchased side by side or above each other or both. The plot is then developed according to means with the ability to extend or alter the property over time.

All housing units are own door and allow for a front and rear garden – sized to suit preference and orientation. A dedicated construction core and crane allow for lifelong renovations. The result is a neighbourhood created by and shaped by its residents which will change over the decades to reflect changing needs and trends. This is like the transformation that traditional suburbs have and continue to undergo with extensions and infill development.

Each floor contains between 15 and 20 units giving it the size of a typical cul- de-sac where all neighbours can potentially all know one another. The means of vertical and horizontal circulation encourages circulation within ‘streets’ without the windowless corridors associated with apartment living. Areas of each floor are left un-built to provide small scale neighbourhood corner parks and playgrounds. Larger areas of open space link several local neighbourhoods together to create a wider sense of place. Vertical circulation through the linked green spaces is encouraged with longer journeys undertaken on a scheduled communal funicular service – one going up as the other comes down.

Interspersed between each of the residential zones is a non-residential or civic use. This can vary from shops to recreation, nursing home to healthcare and office to schools. The larger floor plates provide the core structure and supporting key areas of open space above. They also serve as way-finding devices and landmarks. The attraction throughout is the access to citywide panoramic views and uninterrupted sunrise and sunset.

The co-living model provides en-suite bedrooms with shared, communal living areas and is similar to student accommodation but aimed at young, working professionals. 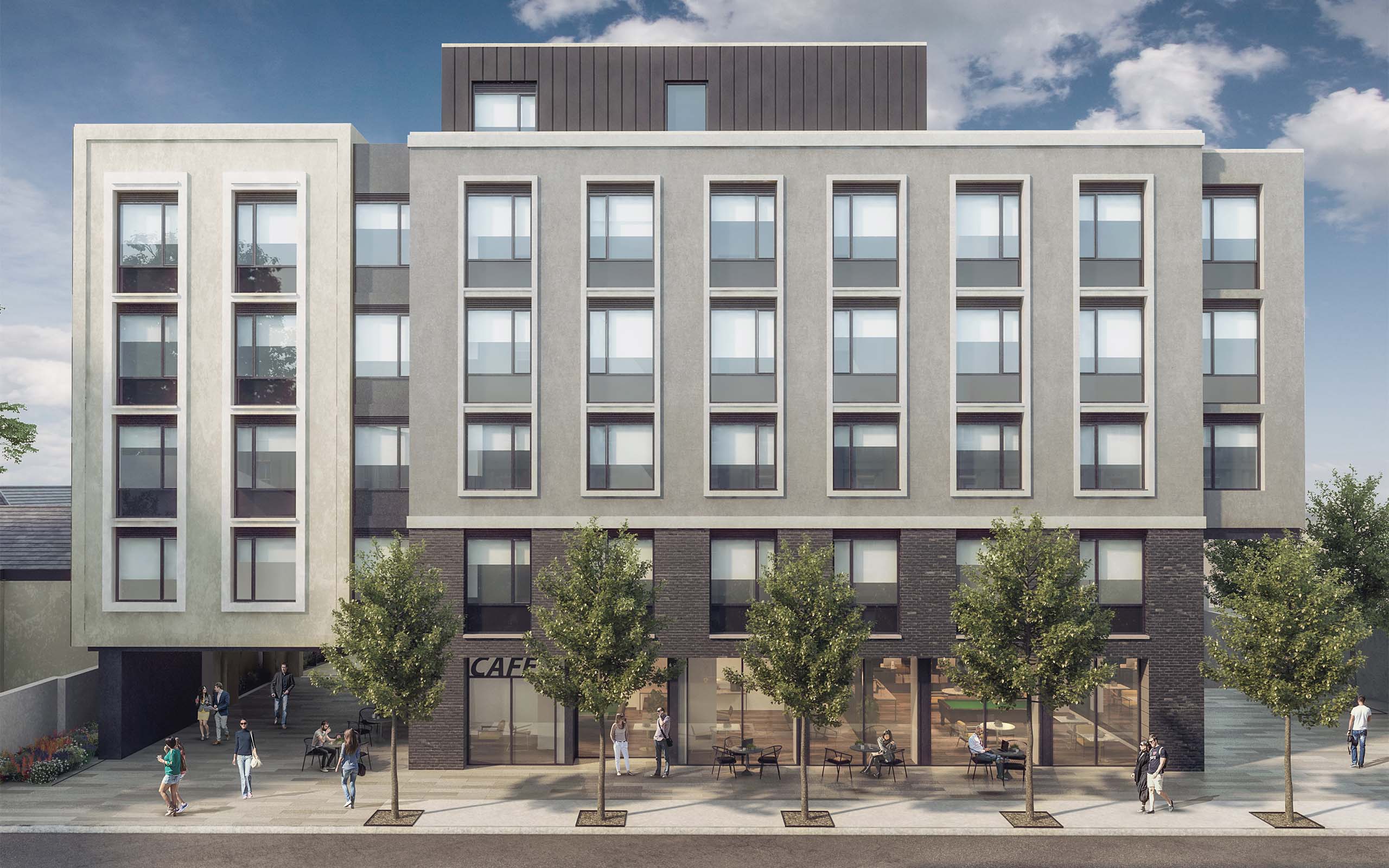 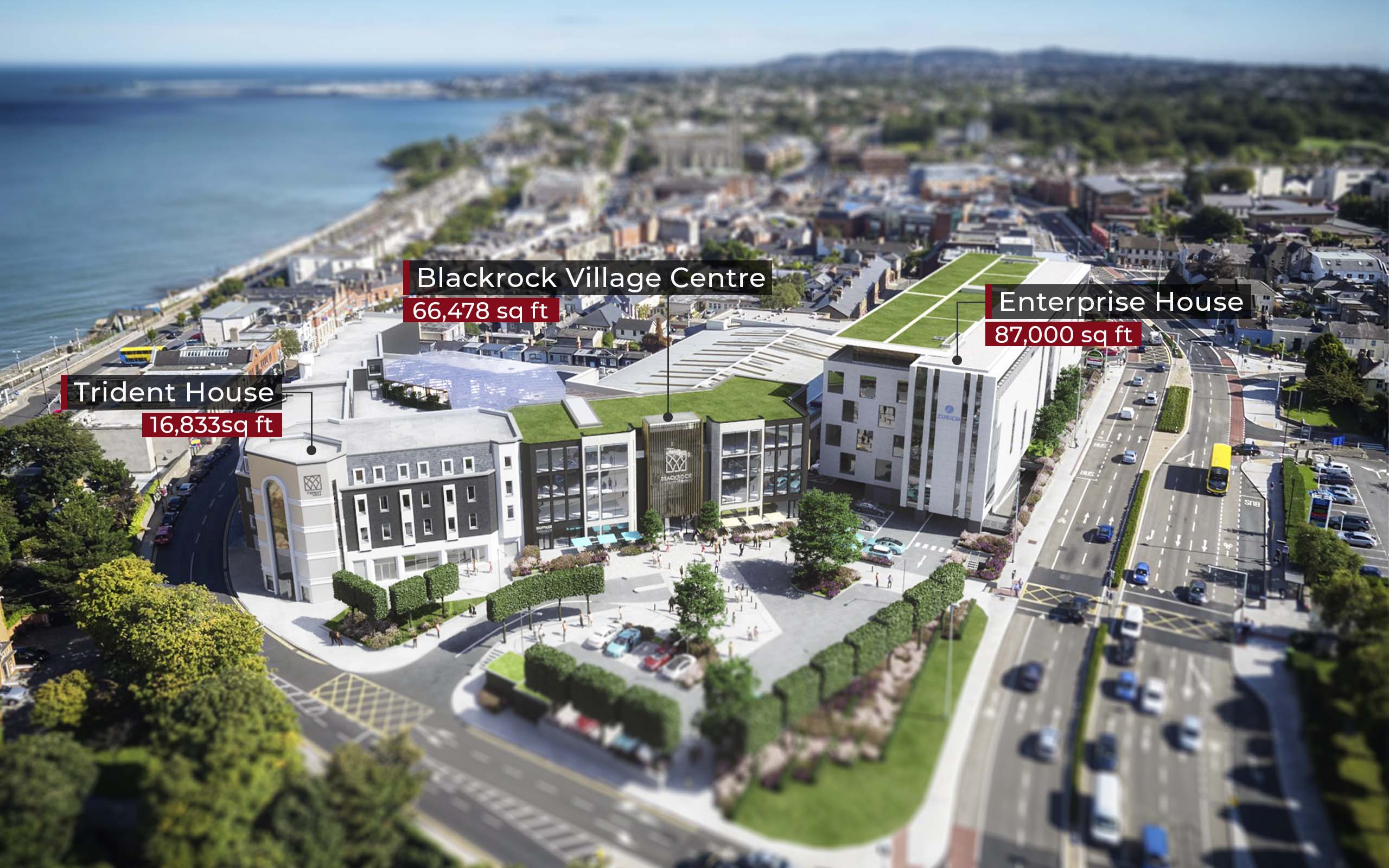 The development which is estimated at €72m will feature a mix of apartments in two blocks ranging in height from 8 to 10 storeys.